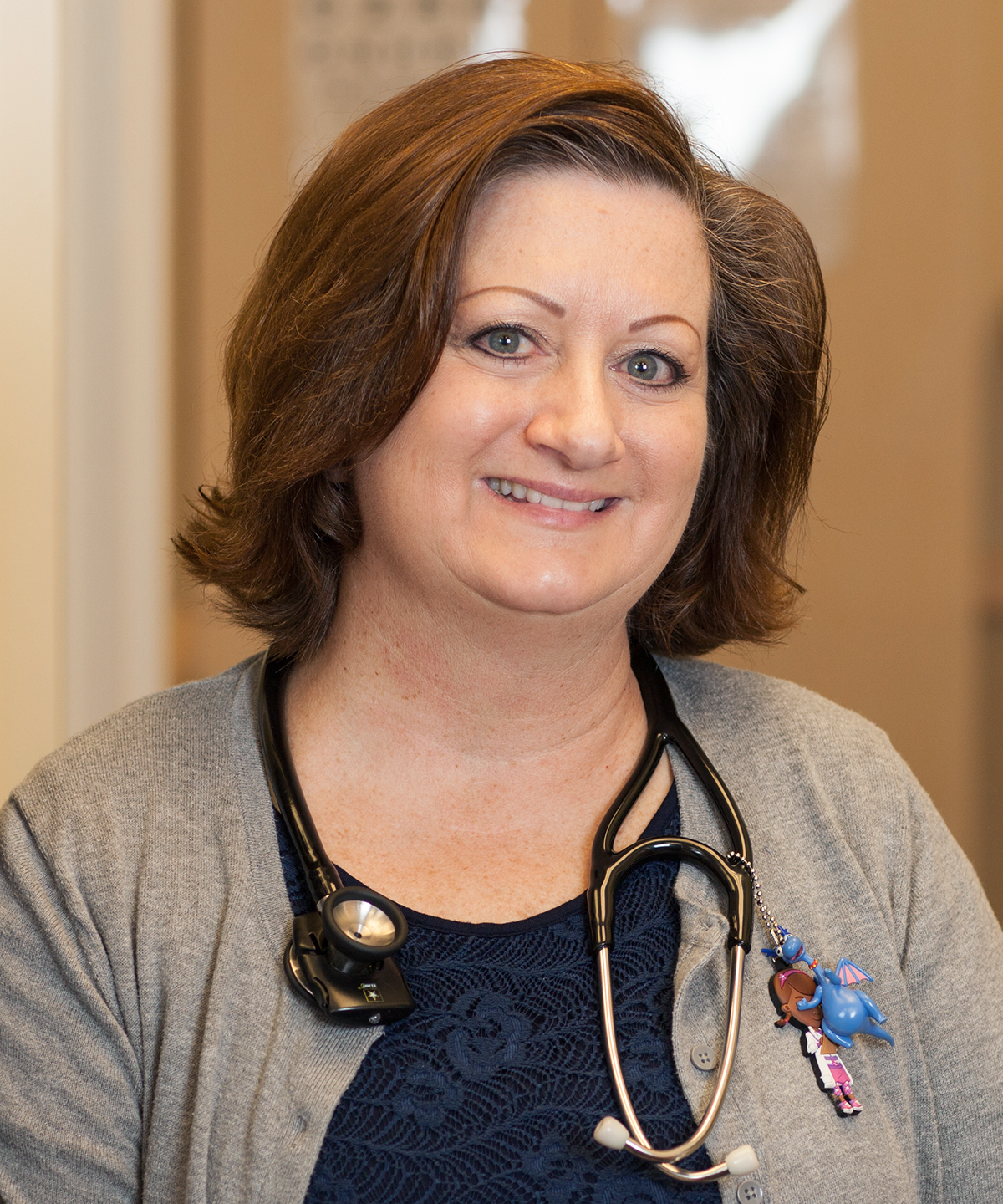 Ruth was drawn to pediatrics because she wanted to build relationships with families and watch them grow. While her background in Trauma care was rewarding, one of the joys of working with kids is how open and genuine they are in the full spectrum of their emotions. “They fill my cup daily,” she says, “even when I’m having an exceptionally challenging day.”

Ruth was inspired to become a nurse by an early childhood experience. After waking from emergency surgery, the tender care she received left a lifetime impression. At just seventeen, she began nursing school and has been a caregiver ever since.

Ruth says her care philosophy is simple. She thinks what she’d want her own grandchildren’s health care providers to know and do, and she treats each patient with the same level of attention. “I try to be as thorough, caring, and accessible as humanly possible.”

“When I ask parents, ‘Do you have any concerns or worries?’ I truly want to address them. Parents have enough on their plates. I want them to feel successful and safe.”

In her free time, Ruth enjoys gardening, walking her dog Elsa and the occasional Netflix binge. Someday she’d like to learn to speak Spanish, paint watercolors, and maybe even learn to play the guitar and sing.

Ruth practices in our Provo North University office. She is a member of the American Academy of Nurse Practitioners, the International Association of Forensic Nurses, and the Army Nurse Corps.

Ruth’s favorite food is watermelon Sour Patch candy, and she cheers for the Pittsburg Pirates. Her favorite kids’ book is The Pout-Pout Fish by Deborah Diesen.