FDA Warns Against DMAA Found in Energy Drinks and Supplements

The U.S. Food and Drug Administration recently issued a warning that a stimulant sometimes used in energy drinks and dietary supplements is dangerous and should be avoided until the FDA is able to remove it from stores.

The stimulant dimethylamylamine (DMAA) is used mostly for losing weight, enhancing performance, and building muscle. It can elevate blood pressure and cause heart problems such as tightening of the chest, shortness of breath, and heart attacks. It can be especially dangerous when used with caffeine.

DMAA is often listed under different names like methylhexanamine, geranamine, and pelargonium graveolens or geranium extract.

The FDA has warned companies that use the stimulant that dietary supplements containing DMAA are illegal. All but one company has stopped distribution. USPLabs, manufacturer of Oxyelite Pro and Jack3d, has challenged the FDA’s claims. Confusion between what is considered an energy beverage and a dietary supplement, along with the FDA’s limited authority over dietary supplements has made regulation more difficult and drawn out.

Other Concerns About Energy Drinks
But it isn’t just DMAA that is causing concerns about energy drinks. Their high and unregulated levels of caffeine and other stimulants also have doctors and regulators concerned.

High levels of caffeine have been shown to cause heart problems, insomnia, dizziness, anxiety, dehydration, and digestive problems. Caffeine is especially harmful to children, particularly to their developing cardiovascular and neurologic systems. Pediatricians recommend that children and teens even avoid caffeine in lower doses, such as in soda.

Unfortunately energy drinks are heavily marketed to teens and more than one third of teens use them. Energy drinks are especially dangerous when teens mix them with alcohol. 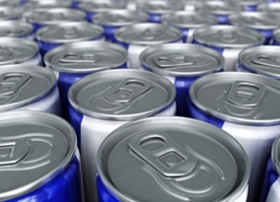