A recent 12-year study confirmed the overall safety of two measles-containing vaccines and concluded that adverse outcomes are extremely unlikely.

“This level of safety monitoring for vaccines can give the public confidence that vaccine surveillance is ongoing and that if a safety problem existed, it would be detected,” said lead study author Nicola P. Klein, MD, PhD.

These findings are comforting to many parents. The recent measles outbreak has shown how vulnerable our communities are to diseases that have been prevented by vaccines for so many years. Measles is especially contagious, with a 90% infection rate for people who have not been vaccinated. When comparing the risks associated with measles, any risks that may come with vaccination are very miniscule.

Safety of Measles-Containing Vaccines Study
Conducted at the Kaiser Permanente Vaccine Study Center, the study included children from 12 to 23 months who received the MMRV or MMR + V vaccines from January 2000 through June 2012. The study evaluated 123,200 MMRV doses and 584,987 MMR + V doses.

According Dr. Klein, “This study did not identify any new safety concerns comparing MMRV with MMR + V or after either the MMRV or the MMR + V vaccine. In fact, there were few or zero events for several outcomes following vaccination. These findings indicate that even if an increased risk for these outcomes exists, the risk is low and rare. This should reassure parents that these outcomes are unlikely after either vaccine.”

Febrile seizures are convulsions that occur during a fever and are fairly common in children from 6 months to five years old, especially if it runs in the family or if the child has had one before. Although children should be examined by a doctor right away, febrile seizures usually don’t require any additional treatment or lead to other health problems.

The study did find that the MMR + V was less likely to cause febrile seizures than the MMRV, so if parents are concerned they can request to have the MMR + V vaccine. 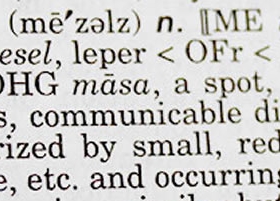