Study Sees an Increase in Teen Abuse of ADHD Drugs

According to a recent study, calls to poison control centers about teenagers abusing attention-deficit drugs has risen 76 percent in the last eight years.

This spike in calls is one of many indicators of what has become a very serious problem. Research by the Partnership for a Drug-Free America suggests that about 19 percent of teens have abused prescription drugs, including ADHD prescriptions.

Many teens assume that because a drug is FDA approved that it isn’t dangerous. Teens sometimes take ADHD drugs to help them stay up later or as an appetite suppressant. Teenagers looking for a buzz have found that crushing up the pills and snorting them can produce a sense of euphoria. However, misusing these drugs can also produce a number of potentially deadly side effects including agitation, a rapid heartbeat, and extremely high blood pressure.

Teens should be aware that abusing prescription drugs can be as dangerous as abusing illegal drugs. Just because their friend is prescribed to take them, or because they have a prescription themselves, doesn’t mean it is safe to use them in any other way than as prescribed.

Teens are most likely able to get these drugs from their friends. ADHD medical prescriptions increased 86 percent for children ages 10 to 19 over the eight years monitored by the study. This means these medications are now even more accessible. If your child takes ADHD medications, make sure you know how many pills are in your child’s bottle and keep tabs on how quickly they run out. It is important to remember that when taken properly, these drugs are safe and can help teens who really need them.

Teens trippin’ on ADHD drugs can be a real downer 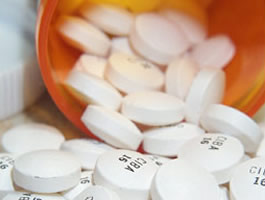