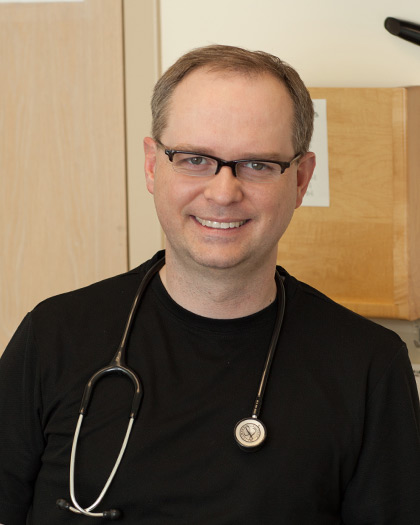 Growing up in a military family, Dr. Cornish moved all around the United States but settled in Utah after his residency. Through raising a family, gardening, and treating thousands of kids, he’s set down roots in Utah.

In his free time, Dr. Cornish cycles, works in the yard, and commits himself to humanitarian efforts. He also builds classic cars from scratch and thoroughly enjoys cooking with his children. Despite the demands of raising six kids (three boys and three girls), he somehow finds time to sleep and serve at his church. He’s a master improviser, which is probably how he manages it all.

Dr. Cornish feels that the most rewarding parts of his job are getting to know families and having a front row seat to “the constant mystery of the human body.” He specializes in child development and infectious diseases, and especially enjoys working with 6-month-olds, 5-year-olds, and 17-year-olds. His patients of all ages bring him optimism and get him through even the toughest days.

Dr. Cornish minored in music and can pick out a tune on a number of instruments. He has taught both piano and organ.

"Dr. Cornish is BY FAR the best pediatrician around! He is attentive, kind, thorough, a good listener, and he really loves my kids! He always takes time to answer my questions and even remembers things from years past! We’ve been going to him for 13 years and would recommend highly him!" -Karen B.
Matthew J. Cornish, M.D. practiced in our Timpanogos Physicians Office.
Utah Valley Pediatrics