Many parents and health experts have hoped that active video games, or “exergames” like Wii Sports and Xbox Kinect would be the solution for our little couch potatoes. But early studies, like the one conducted by Baylor University in 2012, concluded that these games do nothing to boost children’s overall activity levels.

The authors of the study explained that this is consistent with a phenomenon known among physiologists that when increased physical activity is prescribed, overall activity tends to stay the same. The reason is that subjects tend to compensate by reducing physical activity after completing the prescribed activity.

Exergames Do Have Benefits

In a 2016 study conducted by the University of Tanzania, researchers concluded that children would most likely not develop the same physical skills and reaction time from exercise focused video games as they would from the real thing.

So, while the Wii might not be the answer to your children getting their recommended 60 minutes of physical activity a day, it may replace some of their sitting around time with something a little more active. It may also burn more calories, resulting in less weight gain over a period of time.

But the study seems to indicate that active video games will not be an ultimate solution. Traditional active play and physical exercise are still best.

Posted in Healthy Living for Kids, Pediatric Articles
Reviewed on February 17, 2020 by: 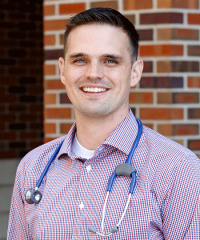 Dr. Later is a father of three boys, a die-hard Utah Jazz fan, and a lover of the outdoors. He has an interest in sports medicine and autism spectrum disorder. Languages: English, Spanish