Home » Topics » Are you giving your child the right dose?

Are you giving your child the right dose?

Putting too much vanilla in your cookie recipe isn’t the end of the world, but incorrectly measuring your baby’s medication can have serious consequences.

Two studies published this year draw attention to a major public-health problem—medication errors involving children. Children are particularly at risk because they are more sensitive to medications than adults. Prescriptions are based on a child’s weight and being off by just a few milliliters can be dangerous.

The Scope of the Problem

The most recent study found that every 8 minutes a child is given the wrong drug or given the wrong dose. The study evaluated out-of-hospital medication errors from 2002 to 2012 in the National Poison Database System. The results have helped the medical community get a better idea of the scope of the problem.

Another study released in April 2014 found that giving parents teaspoon- or tablespoon-based measurements:

The study concluded that switching to milliliter measurements would help reduce dosing errors.

How to Get the Right Dose

Here are some important things you can do to make sure your child is getting the right medication at the right dose. 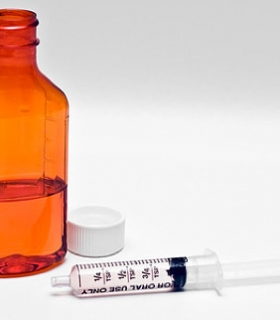