April is National Child Abuse Prevention Month, and we wanted to take the opportunity to teach people how to protect their children and the children in their community.

Child abuse is often called a “hidden epidemic” because it usually happens behind closed doors and to those who are the least able to speak out. Because of this, many are unaware of how pervasive the problem actually is.

The cost of child abuse

Children are defenseless and unable to get help without you. One concerned adult can make all the difference.

Most often children are abused by a family member or caregiver. This puts children in an especially vulnerable position because their abusers are the people they rely on for care, food, shelter, and love. They don’t have the life experience to understand that abuse isn’t normal or that they should even ask for help. Babies and small children are too young to even communicate what is happening.

And physical abuse isn’t just physical, it has an emotional impact too. Children often believe that the abuse is their fault—that they are bad kids and that they deserve it. They also might be scared or worried that nobody will believe them. Or they might not want to get somebody they love in trouble.

Family members and friends may be unwilling to report abuse because they are scared themselves or because it is a hard truth to face. Many times people convince themselves that the child is exaggerating, that they can protect the victim, or that it won’t happen again.

Children who have suffered from child abuse cannot be expected to bounce back on their own. It is important to get children help as soon as possible. The earlier the intervention, the easier and more likely the recovery.

There is a good chance that you might be the only adult who can help a child in trouble, so it is important to take a stand. Next week we will be covering how to spot and report child abuse. 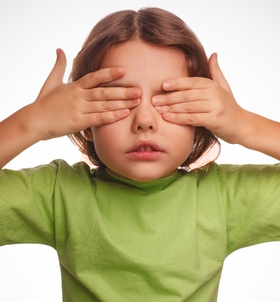