Home » Topics » Drop in ear infection rates attributed to vaccines, breastfeeding, and a reduction in smoking

Drop in ear infection rates attributed to vaccines, breastfeeding, and a reduction in smoking

Article at a glance:

According to a recent study, fewer babies are getting ear infections than they did 20 years ago. In the 80’s and 90’s, about 60 percent of babies had an ear infection by the time they were one year old. Today that number has dropped to 46 percent.

Why? Doctors believe it is a combination of vaccines, a drop in smoking, and an increase in breastfeeding.

Vaccines
In recent years, the pneumococcal conjugate vaccine has become available. Designed to prevent diseases like meningitis, blood infections, and pneumonia, the vaccine targets several strains of pneumococcal bacteria. These strains also happen to be one of the major causes of ear infections.

It is exciting to see how much impact parents and their choices can have on the health of their children. 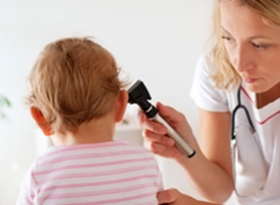