Home » Topics » Recent H1N1 Vaccine Recalls Are Nothing to Fear

Recent H1N1 Vaccine Recalls Are Nothing to Fear

In light of the two recent H1N1 vaccine recalls some parents might be concerned about safety. However, the FDA and the CDC have determined that children who received the vaccine are not in any danger. The vaccines were recalled because they had lost some of their potency, not because of safety concerns.

Drug manufacturers MedImmune and Sanofi Pasteur recalled some of their vaccines after discovering that the antigen content had dropped slightly lower than the specification limit. Children who received the vaccine will still be immune and do not need to worry about being revaccinated. The drop in antigen content was minimal and likely won’t result in a significant reduction in immunization. Children under the age of 10 should still receive the recommended second dose one month from their first dose, but do not need to receive the first dose again.

In a recent news conference, Dr. Anne Schuchat of the federal Centers for Disease Control and Prevention said that they have been closely monitoring the H1N1 vaccine for any side effects and have not found any safety concerns. An estimated 60 million Americans have already received the swine flu vaccine.

Now that the H1N1 vaccine supply has increased, Schuchat is encouraging patents of children age ten and under to get the second dose. Flu activity has decreased, but “it’s not gone,” Schuchat said. “None of us know what the weeks and months ahead will bring in terms of influenza activity, and it’s very important not to become complacent.”

For more information on the recall visit the CDC website 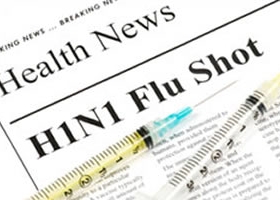