Home » Topics » The most effective discipline strategies for toddlers

Just like clothing, when it comes to disciplining your toddler, “one-size-fits-all” is a fantasy.

A study from professor Robert Larzelere at Oklahoma State University sheds light on which types of discipline work for different kids. The key, according to the study, is to be consistent but tailor the discipline style to your child’s personality. What worked well for your first child may backfire with your second.

The study sorted toddlers into two groups based on their typical reactions to being asked to do something they didn’t want to do. Easy-to-manage kids might whine, cry, or attempt to negotiate when told it’s time for bed. Difficult-to-manage kids might act more aggressively in the same situation; hitting, running away, or having a tantrum.

The study included detailed interviews with over a hundred parents and identified discipline techniques that had the best results with each type of child in the short and long term.

Punishment or threats to punish were least useful with this group. Offering choices and compromises had the best short and long-term results.

Example: We need to leave the park soon. Would you like to go down the slide one more time or try the swings again before we leave?

Reasoning was the next most successful tactic. To use this effectively, keep explanations simple and, when possible, relevant to the child’s own desires.

Example: We need to start walking home now if we want to have time to finish a puzzle before dinner.

Many education professionals and child psychiatrists suggest timeouts as an effective discipline tool for this age group. Alternatives like lost privileges or the removal of a favorite toy may also be effective depending on the situation and child.

Phelan writes that the method is only effective if adults can refrain from talking and emotion during the process. They must not explain, justify, or negotiate the rule. When the timeout has been served, parents must also not continue to penalize the child with lecturing or a post-game analysis of what went wrong.

Phelan argues that many parents discipline under a misconception that children require a great deal of explanation and reasoning but that this hurts instead of helping.

“When a parent gives lots and lots of reasons to a child regarding why he should shape up, the real message becomes, ‘You don’t have to behave unless I can give you five or six good reasons why you should.’…This is not discipline… It’s begging.”

While an explanation is certainly necessary the first time a child engages in a new behavior, like pulling on the new cat’s tail, Phelan stresses that it doesn’t need to be repeated each time. The clear and simple “That’s one” will serve as an immediate reminder. 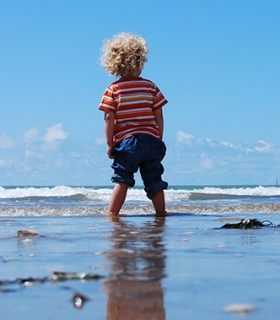