Home » Topics » What should I do if my child bites?

What should I do if my child bites?

Correction is important, but prevention just might be the key.

Article at a Glance:

Why Do Toddlers Bite?

The “terrible twos” aren’t just an over hyped phase with clever alliteration attached. Parents warn one another about toddlerhood for a laundry list of reasons: tantrums, potty training, and mealtime battles are just a few. But, because biting can put parents at odds with other adults, it is one of the most dreaded toddler phases.

Picture this: one moment, your sweet child is having a play date while you and a friend chat. Then your conversation is interrupted by the piercing screams of your friend’s child. You both rush over, only to see your little darling latched on like Jaws. Biting can create awkward situations with other parents and with childcare workers, which puts instant pressure on parents. Understanding the root of the issue is helpful, since biting is usually reactionary, and often related to fear or discomfort.

A lot of parenting resources that discuss biting focus on correcting the behavior in the moment. That’s important, but a little prevention may go further in saving everyone grief. While it’s common for toddlers to go through a biting phase, that doesn’t mean there aren’t events that trigger (and reinforce) those first experimental bites. 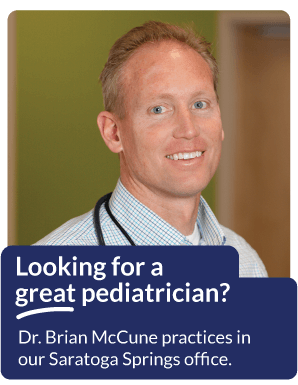 “Kid behaviors that embarrass or distress parents are sometimes met with inappropriate disciplinary responses in the heat of the moment. Try to have a few predetermined responses to biting so that you aren’t caught by surprise.”
– Dr. Brian C. McCune

Jeanette’s son Jay was two when he bit someone for the first time. Jay had entered a new daycare and bit a girl around his age the first week. Then he bit her again that next week. Then Jay started to bite his cousin—but never an adult or a third child. A little detective work on mom’s part uncovered a commonality between the two targets of Jay’s biting. With both children, a lack of personal space was the trigger. The girl at daycare greeted Jay each morning by picking him up in a bear hug and trying to carry him around the room.  He bit his cousin only when they were strapped into a shopping cart or wagon together. When Jay couldn’t get away from another child touching him, out came the teeth. Jeanette took steps to keep him from these situations by talking with her childcare provider, and by keeping Jay out of small, shared spaces. And voila—Jay never bit again.

Adults don’t typically resort to biting, but we do get irritated when people invade our personal space. Is it any wonder that a pre-verbal child would feel agitated and lash out? Toddlers don’t come with the verbal and emotional tools to make a reasoned approach to an offender, so we must do some of that work for them as they learn and grow. “Serial biters” will benefit from a thorough examination of when, where, and who they’re biting to isolate patterns and start removing stimuli that trigger a bite.

But, if the trigger can’t be found or it it can’t be removed, it may be time to see your pediatrician. He or she can offer advice based on their broad experience with many kids, as well as their thorough understanding of your child’s developmental level.

While focusing on prevention is a smart first step, it’s not foolproof. At some point, you’ll likely need to curb biting as it’s happening and discourage repeats with a few proactive disciplinary strategies:

With a two-pronged approach that includes targeted prevention and positive, verbally enforced discipline, it’s more likely that biting will be a fleeting phase, rather than a lasting problem.

How Can I Get My Kids to Listen?