Think your child is too young for you to worry about drinking? Think again. The American Academy of Pediatrics recommends that you talk to your child about the dangers of drinking as early as 9 years old.

Between 9 and 13 years old, kids start to think positively about alcohol and the likelihood of them being exposed to it increases. A clinical report released last year indicated that 21 percent of children have had a sip of alcohol before they were 13, and 79 percent by the time they were in 12th grade.

Often parents and pediatricians don’t think about asking preteens about alcohol use because it seems so young, but there is a very good chance that your child is being exposed to more than you realize. It isn’t only peer pressure that you should be worried about, but kids’ perceptions are also greatly influenced by ads, TV, movies, and what they see on the Internet.

To be most effective, you want to talk to your children before they ever think about drinking. Help your children understand the dangers of drinking and teach them “media literacy” techniques to help them analyze the messages they are being exposed to. For example, alcohol ads often portray drinking as a great way to have fun and to be popular, sexy, and successful.

It is also important to ask your children about alcohol use and to keep an eye open for any signs. Look for things like mood changes, school problems, rebellion, apathetic attitude, the smell of alcohol, bloodshot eyes, slurred speech, lack of coordination, or poor concentration.

Because teens and children are smaller than adults, it takes fewer drinks for them to reach an unsafe blood alcohol concentration. Make sure your children understand that it doesn’t take much to get dangerously drunk. Their bodies are also still developing and alcohol can interfere with healthy brain development. Combine that with a lack of experience and a desire to push limits, and drinking can have dangerous and deadly consequences.

Unfortunately, underage alcohol use is more common than you might realize. According to the report, “Alcohol is the substance most frequently abused by children and adolescents in the United States, and its use is associated with the leading causes of death and serious injury at this age, including motor vehicle accidents, homicides, and suicides.”

The good news is that parents can have a big impact by helping prepare their children and using teachable moments wisely. The report found that 80 percent of teens said that their parents were the biggest influence on whether or not they decided to drink. 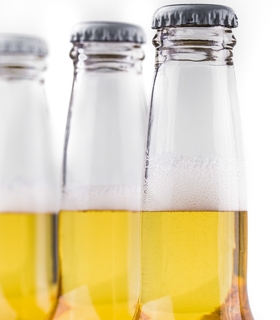