What’s Really Going on Inside Your Teen’s Head

Article at a Glance
• Studies show that teenage brain development helps explain why teenagers have a reputation for making impulsive decisions, sleeping in, and flaring tempers.
• Being involved in your teenager’s life can help him or her better navigate these difficult years. 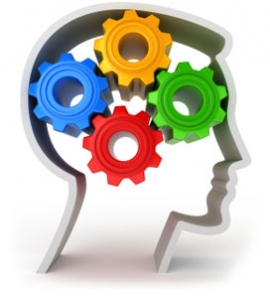 Teens often get a bad rap for how they respond to the world around them, but new research shows that teens process information differently than adults and use different parts of their brains to do so. We now know that the brain is a work in progress even throughout adolescence and early adulthood.

It was once thought that the only large surge in brain wiring happened during the infant and toddler years, but recent research shows another major synapse surge occurs right before adolescence. After this surge, the brain fine-tunes those connections, dropping connections that are no longer used. As a result, how teens use their brains during adolescence strongly affects how their brain develops. For example, teenage brains form differently depending on whether they participate in athletics, focus on academics, or play video games all day.

In a recent study on the teenage brain, researchers used PET scans (positron emission tomography) and fMRI (functional magnetic resonance imaging) to scan 145 kids and adolescents every two years at the National Institute of Health. They found that the brain of a teen actually looks and functions differently than the brain of an adult.

Scientists have found that the frontal lobes are one of the last areas of the brain to develop. This part of the brain manages how people make plans, weigh priorities, form strategies, and control impulses — all of which does not fully develop in the brain until a person is in his or her late 20’s.

The Importance of Sleep
We’ve known for a number of years that adolescents need 8.4 to 9.2 hours of sleep on average per night, compared with the adults’ need for 7.5 to 8 hours of sleep. However, a study recently provided more insight into how teens work. For adolescents, the sleep-promoting hormone melatonin rises later than in children and adults.

This means teenagers are physically programmed to stay up later and sleep later. Researchers from the University of Minnesota took data from two local school districts that moved the start time for high school about an hour later. They found that there was a significant reduction in dropout rates and depression at these schools.

Handling Teenage Emotions
Teenagers are notorious for their wide range of emotions and how they handle those feelings. A recent study found that teens and adults use different parts of the brain to process what they are feeling. Teens rely on an area that processes memory and emotions, while adults use an area that utilizes reason and forethought. This research may shed light on the impulsive, emotional nature of some teens, especially when they are trying to deal with stress in their life.

Tips for Parents of Teens
Teens whose parents are engaged and involved in their lives are more likely to excel in school and avoid risky behaviors. Here are some tips to help you navigate the teenage years.

• Have empathy for your teen during difficult times, but also draw upon your adult perspective to show how a tough situation can change for the better.

• Set aside family time each day for eating and talking together.

• Help your teen solve his problems rather than just solving them for him.

• Set limits and boundaries in advance and follow through with consequences if rules are broken.

• Encourage your child with positive feedback and help improve his or her self worth.

• Get to know the parents of your teen’s friends so you have a support system to help keep them safe. Communicate regularly with other parents.

• Teens should tell you where they are going, who will be there, and when they will be back. Respect their privacy, but refuse secretive behavior.

• Show that you are willing to support healthy activities by supporting your child’s positive involvement in sports, art, academics, or other activities.

Inside The Teenage Brain (Parade)

Inside The Teenage Brain (PBS)