We are excited to announce that Dr. Scott L. Leifson, D.O., will be joining our Spanish Fork office this June.

Dr. Leifson is a native of Utah County and graduated from Spanish Fork High School. He attended college at Brigham Young University and earned a degree in Health Science prior to attending medical school at Midwestern University in Phoenix, Arizona.

He completed his residency in pediatrics at Madigan Army Medical Center in Tacoma, Washington, and has been on active duty in the U.S. Army for the past seven years as a general pediatrician. His duty stations have included Fort Irwin, California, where he served as the Chief of Pediatrics, as well as Fort Campbell, Kentucky, where he served as the Chief of Inpatient pediatrics.

Dr. Leifson is excited to be back in Utah County with his wife Tara and six children. He loves to travel with his family (especially to Disneyland), and loves all sports but his favorite is baseball. He is a die-hard New York Yankees fan and has a goal to travel to every professional baseball stadium in the country. He also enjoys golf, running, and camping. 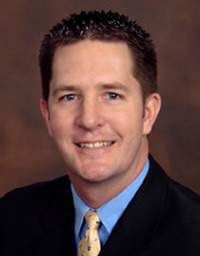