The pneumococcal vaccine was developed to prevent infections like meningitis, ear infections, and pneumonia, but a recent study shows that it is doing much more than that. The vaccine also dramatically reduces serious infections caused by antibiotic-resistant superbugs.

Since we started using antibiotics many bacteria have started to adapt, making these infections harder to treat and much more dangerous. Overusing antibiotics accelerates this process, but doctors have found that vaccines can be a powerful way to reverse the tide.

“We’re at risk of living in a post-antibiotic world, where these miracle medications no longer work, but this vaccine is part of the solution to protecting ourselves from the growing threat of antibiotic resistance,” said lead researcher Sara Tomczyk, PHN, MSc, epidemic intelligence service (EIS) officer for the Respiratory Diseases Branch, Centers for Disease Control and Prevention (CDC), Atlanta. “Not only does this vaccine prevent pneumococcal infection, which means fewer antibiotics are prescribed, but it also prevents antibiotic-resistant infections.”

In Utah, the pneumococcal vaccine (PCV13) is required in order to attend any early childhood program or preschool. The vaccine is administered in four doses at two, four and six months old with a booster shot at 12 to 15 months old.

If your child has not been vaccinated or has not received the full series, contact your pediatrician. 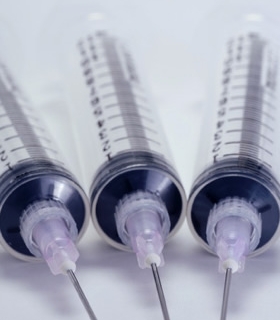