According to a new report, there are three things you can do to help boost your child’s IQ—preschool, interactive reading, and fish oil.

Interested in learning what actually does increase people’s intelligence, researchers at the NYU Steinhardt School of Culture, Education, and Human Development decided to pull together existing studies into a “Database of Raising Intelligence.” They then used a technique called meta-analysis to study the data.

Previously many of the studies and their findings have been too disconnected to give a comprehensive look at what works and what doesn’t. This has been a first step in better understanding the nature of intelligence and how it can be nurtured.

The results of the meta-analysis found that there were three interventions that were effective in raising a child’s IQ.

Preschool and Early Education: Researchers found that going to preschool could raise a child’s IQ by more than four points. If a language development component was included at the preschool, it could raise it more than seven points.

In studies for children who were economically disadvantaged, it was found that early education interventions could also raise a child’s IQ by four points—and by more than seven points if the intervention included a center-based education component. Center-based learning involves using learning centers to allow children to learn independently with hands-on activities.

Interactive Reading: Teaching parents how to interact with their children while reading to them increased children’s IQ by over six points. But it no longer had an effect for children over four years old. Researchers believe it is because the intervention speeds up language development, which can then increase IQ. For tips on how to engage your child while reading to them visit readingtokids.org.

Fatty Acids: Supplementing the diets of pregnant women and newborns with long-chain polyunsaturated fatty acids and foods rich in Omega-3 was found to increase children’s IQ by more than 3.5 points. Fatty acids cannot be produced by your body, but can only be obtained through your diet. They provide important elements for nerve cell development and are important for brain development and function. The best way to increase your fatty acid intake is by eating oily fleshed, cold-water fish like mackerel, wild Alaskan salmon, sardines, black cod, and herring two to three times a week. You can also take a daily Omega-3 supplement. 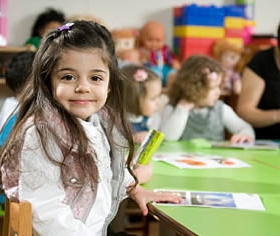