High drop out rates have caused many educators to look for new ways to reach today’s wired generation. At the forefront of this movement is Quest to Learn (Q2L), a school based entirely on games-based learning. Instead of textbooks and lectures, students learn by engaging in computer-driven role-playing games and interactive quests.

Video games are used to teach things like English, math, and science through solving puzzles and completing video game challenges. For example, one class teaches geography by having students act as location scouts for a mock reality-TV show. Students are required to do things like research different climate zones and create digital maps. At the end of the class they submit their multimedia pitches to a TV producer.

The school also doesn’t hand out grades like traditional schools; instead, students reach the next level, just like at the end of a video game.

“Students now live to play games and are immersed in technology,” says Q2L teacher Ginger Stevens. “It makes sense to tap into that enthusiasm. Instead of forcing an old model of education on them, we’re looking at where students are coming from and building a program around that.”

Although it is no longer unusual to use technology when teaching, some educators are hesitant to make such a big leap to games-based learning. They point out that the traditional model has worked well for generations.

While the program does have some critics, Q2L’s students are not among them. Students love the hands-on approach and their enthusiasm is hard to ignore. Parents who have children with problems like attention-deficit disorder have been very happy with how well their children have thrived at Q2L in comparison to more traditional schools. 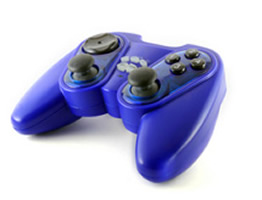