Home » Health Topics » A Doctors Guide to the Common Cold

A Doctors Guide to the Common Cold

The common cold, which a doctor might refer to as an upper respiratory infection (URI), is a viral infection most common during the “cold season” from September to May, but can occur year-round.

Why Are They So Common?

The average preschool child will get 5-9 colds a year and 10% to 15% of children will get 12 colds a year. Most of these occur during the “cold season,” so it seems as if some children have a cold all winter long. For comparison, adults get an average of 2-3 colds a year.

Colds cause more than 25 million lost school days and 21 million lost work days and account for about 14 % of visits to doctors. Americans spend more than 1 billion dollars a year on cold medicines. (1990 figures).

Symptoms of the common cold begin 1-2 days following infection and peak at 2 to 4 days. Most symptoms are gone by 7 days in adults but can last about 14 days in children.

Prolonged Symptoms can include:

Cough usually peaks at about 4-5 days in 30% of children about the time the discharge from the nose changes from watery to thick and yellow or green. Fever is unusual in adults but in children it is common to have a low grade (101- 102º) fever during the first 1-3 days of the illness.

Many over the counter medications and home remedies can help with common cold symptoms, but the plain reality is that there is no cure for the common cold. Over the counter cough and cold medications are not recommended for children under four years old. Some health resources even discourage them for ages under six.

Various products, including Echinacea (derived from the cone flower) and vitamin C have been proven ineffective in alleviating the severity or duration of colds. The use of zinc as a lozenge or pill, nasal spray or a medicated swab inserted in the nose has produced conflicting results in the studies that have been done.

If you have any concerns about the safety of cold medicines ask your pediatrician. Symptomatic treatment of a cold in children can be problematic for three reasons:

The ingredients used in children’s cold medicines were determined by the Food and Drug Administration (FDA) over 30 years ago to be “generally recognized as safe and effective,” and were approved for over-the-counter sales.

Medications For Treating the Common Cold

Decongestants are medicines that cause the blood vessels in the lining of the nose to constrict leading to shrinkage of the swollen air passage allowing one to breathe better.

Though decongestants can be helpful, they are also mild stimulants similar to caffeine that can cause jitteriness, insomnia, increase in heart rate and slight elevation in blood pressure.

Pseudoephedrine was the decongestant used in most cold medicines until 2006 when laws were passed restricting its use due to it being an ingredient in making methamphetamine.

As a result, most pharmacies today have replaced pseudoephedrine with an inferior medication called phenylephrine.

Antihistamines are medications that are used primarily for allergy but some of the older antihistamines have a side effect of causing a runny nose to dry up.

They tend to make people drowsy and therefore tend to offset the stimulant effect of the decongestants.

The antihistamines most commonly used in cold medicines are diphenhydramine (Benadryl), chlorphenirmine, brompheniramine and promethazine (Phenergan). The non-sedating antihistamines like Zyrtec, Claritin and Allegra do not help the runny nose from a cold.

Dextromethorphan is the more common ingredient in cough medicine, and almost all over-the-counter cough medicines contain it. This is the “DM” behind Dimetapp DM, Triaminic DM, Robitussin DM etc.

Cough medicines can cause upset stomach, dizziness, drowsiness and respiratory depression. A recent study showed that honey helped relieve cough in children 2-18 years of age. Many pediatricians don’t recommend suppressing the cough in a child that has asthma, bronchiolitis or pneumonia because it is important that they cough up the mucous.

The only expectorant that is used any more is guaifenesin. Its purpose is to thin out the mucous. It works by irritating the stomach, which then causes a reflex increase in secretions of the airway.

The purpose of an expectorant is to make the mucous thin enough to cough up, as to rid the body of the bacteria. However, studies have shown that there is not much evidence that expectorants actually work as intended.

Nose drops are of very limited value but can be of help in the newborn with a stuffy nose.

The mistake most people make is not using enough. It is recommended to put about 10 drops in each nostril.

The other mistake most people make is trying to suction it out with a bulb syringe.Most of the time it will run into the throat and be swallowed. A bulb syringe can be used at times, but too frequent or too vigorous use can cause nose bleeds and swelling of the lining of the nose which will make the congestion worse.

OTC medications like acetaminophen (Tylenol) and ibuprofen (Advil, Motrin) can be used for fever or pain. Consult with your pediatrician on use and dosage for infants and children.

Warnings and Guidelines from the Food and Drug Administration (FDA)

Complications That Can Come From a Cold

A recent study showed that 46% of infants had an ear infection in their first year.

Some children seem to have a tendency to get ear infections every time they catch a cold and some children never get them. Signs of ear infection are excessive crying, discharge from the ear or complaining of pain.

Sinus infection probably occurs, to some degree, in most people that catch a cold and will usually go away without an antibiotic.

A green or yellow discharge from the nose does not indicate a need for an antibiotic. Pain over the sinus area or cold symptoms that last more than 10-14 days would suggest a sinus infection that may need treatment.

Croup is caused by inflammation of the upper part of the airway (the larynx), which causes a cough that sounds like a seal barking, hoarse voice and stridor (trouble getting air in). It is most commonly caused by the parainfluenza virus. Call your pediatrician if your child has croup.

Bronchitis can vary in severity from a mild chest cold to almost pneumonia and it can be viral or bacterial.

Bronchiolitis is caused by inflammation deeper in the airways than bronchitis and causes wheezing as if the child is having an asthma attack.

It primarily affects children under 18 months of age and is most commonly caused by the respiratory syncytial virus (RSV) or metapneumovirus.

Pneumonia is usually preceded by a cold that becomes bronchitis and then pneumonia but one can have pneumonia without a cold and without cough.

Pneumonia can be either viral or bacterial. Viral pneumonia will usually go away by itself.

Pneumonia may be present in any child who

Note: a bad cough plus high (104-105º) fever can be considered pneumonia until proven otherwise.

Influenza (Flu) is similar to a cold in that it can cause cough and congestion but people with flu have additional symptoms including:

Yearly flu shots are recommended for most children over 6 months of age.

When to call the doctor

How To Reduce The Chance of Catching a Cold 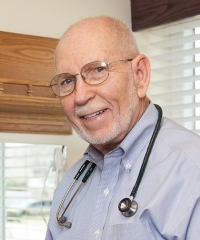 Dr. Hacking specializes in the care of infants, children and adolescents. 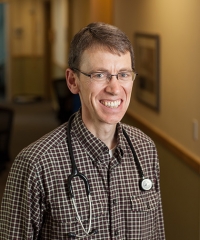 Dr. Bailey is a rural Utah native and father of four who loves the mountains and national parks of his home state. He specializes in infectious disease and nutrition, and enjoys working with children of all ages. Languages: English, some French