What is it and how can you treat it?

Article at a Glance:

Summertime has arrived, and you’re looking forward to a day out on the lake. Before you go, check whether that lake is infected with cercarial dermatitis, better known as swimmer’s itch. Swimmer’s itch is an allergic reaction and rash caused by microscopic parasites burrowing into your skin. The parasite responsible lives in ponds, lakes, and even oceans. Although it’s not as common in Utah as in other states, cases and reports of infected lakes continue to increase enough to warrant caution.

How does swimmer’s itch infest water?

The parasites that cause swimmer’s itch come from infected birds and mammals such as ducks, geese, gulls, swans, muskrats, and raccoons. They form and mature in the blood of these animals and spread when the parasite’s eggs—found in the fecal matter—are released in water, where the microscopic larvae then hatch. The larvae search for a host in certain aquatic snails where they undergo further development. Developed larvae will then seek out a suitable host in birds and mammals living in shallow parts of the lakes, ponds, and oceans. When people swim in infested waters, the larvae can enter their skin.

Who is at risk?

Since humans aren’t a suitable host for the parasite, the larvae that cause swimmer’s itch will burrow into human skin and then die without spreading. However, their presence will often cause an allergic reaction, leading to a rash. Anyone who swims or wades in infested waters is at risk. Children make the most frequent cases because they play in shallower waters where larvae hang about.

Where have there been reported cases and infected lakes?

Even in 2022, there have already been reported cases throughout Utah. Sand Hollow Reservoir, Fire Lake Park at Ivins Reservoir, Mantua Reservoir, and Willard Bay are among the common areas where positive cases of swimmer’s itch have occurred. With recent heat waves and drought, infested waters may increase. Be cautious swimming in bodies of water that contain high numbers of aquatic snails and birds.

How can I reduce the chances of getting swimmer’s itch?

Follow these precautions to reduce the chance of developing swimmer’s itch:

How do I recognize swimmer’s itch?

Symptoms of the allergic reaction include:

The skin irritation or rash may form within a few minutes up to days after swimming. Pimples will take about twelve hours to appear, and they may form small blisters. The symptoms often last up to a week.

Should I be worried about my kids getting swimmer’s itch?

In most cases, swimmer’s itch doesn’t require a trip to the doctor. However, resist scratching irritated skin because it may lead to infection. This is a lot to ask of small kids, so if the rash is bad enough, your provider may suggest prescription creams to lessen their symptoms. Fortunately, swimmer’s itch doesn’t spread from person to person.

How can I treat swimmer’s itch?

Swimmer’s itch doesn’t usually require medical treatment, but it can be irritating. The best way to treat swimmer’s itch is with at-home and over-the-counter treatments like these:

Developing a rash or having any kind of allergic reaction can ruin a fun getaway. Be sure to take the necessary precautions and research whether your favorite swimming spot has been infected. If your child is bothered by any kind of itchy rash, it’s always a great idea to ask the experts at Utah Valley Pediatrics. 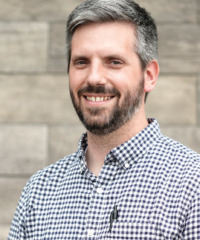 After completing his undergraduate degree in Business Management, Dr. Weed moved to Pennsylvania to study Medicine. While he tried to keep an open mind about a specialty, he noticed that pediatric rounds were always his favorite.

Hot Fun In The Summertime