Home » Topics » Talking to Kids and Teens About Suicide

Talking to Kids and Teens About Suicide

According to the Utah Department of Health, 22.3% of surveyed preteens and teens have seriously considered attempting suicide. The study also showed that suicide is the leading cause of death for Utahns ages 10 to 17.

By the time child is in high school, they’re statistically likely to have had a classmate attempt or die by suicide. As a parent, this can be very worrisome and scary to talk about. But, the sooner you can have these conversations, the better off your child will be. Talking frankly about suicide has been linked to better outcomes because it can prevent kids from suffering in silence with grief, fear, or their own suicidal ideations.

Talking about suicide can be uncomfortable. However, the more open, natural, and honest you are, the easier it will become. Here are some conversation tips for each age group:

Listen to What Your Kids Have to Say About Suicide

When your child is opening up to you about their own struggles or worries for a friend, take them seriously. Suicidal thoughts occur more than we might realize.

Listening to your child at any age will help them feel validated, which is vital in helping them learn how to process their emotions safely. Oftentimes, the best listening occurs when we try to understand someone’s concerns and empathize with their feelings, not fix their problems.

Help your child share and process their feelings without judgment or arguing. If needed, seek professional help.

Know the Signs of Suicide

It’s not always possible to detect signs of suicide because many kids are good at hiding their struggles and because it can be an impulsive choice. But in many cases, you may see changes in your child’s mood, behavior, and overall demeanor. Some possible warning signs include:

If your child is showing signs of suicidal ideation or having trouble processing the death of a friend, talk with them and speak to your pediatrician. Help is available in many forms.

For more information about the signs of suicide, read the article “Teen Suicide: Recognizing the Warning Signs.” 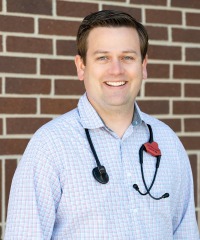 Dr. Nance is a Salem, Utah native and a father to three children. He and his family love anything outdoors, especially if it involves finding new trails to explore, riding bikes, or spending time in the backyard.

Does my child have a technology addiction?

Early developmental factors that can lead to bullying

How To Help Your Shy Child