Nearly every adult in the U.S. has witnessed bullying in school. This violent behavior is equally prevalent in public and private schools, as well as in rural, urban, and suburban areas. In the past, bullying was seen as something children should contend with on their own. Victims of bullying were told to defend themselves and to get tough. However, bullying is now recognized as a preventable source of wide-ranging problems that can extend well into adulthood.

The reported rates of bullying have decreased dramatically over the past three decades. However, one in five children on average still report being bullied in one way or another. The decline in bullying at school is likely the result of improving strategies to combat it, such as increasing school security personnel and nearly ubiquitous teacher training, but parents have a role to play as well. As a parent, you can implement strategies of your own to help prevent your child from becoming a victim of bullying.

The Centers for Disease Control defines bullying as “any unwanted aggressive behavior(s) by another youth… that involves an observed or perceived power imbalance and is repeated multiple times…” Bullying does not need to include physical violence, though the threat of violence is often implied by the imbalance of power. The CDC recognizes three common types of bullying:

Humans are social by nature, so the withdrawal of social interaction hits each of us hard. This may take the form of exclusion of an individual or spreading rumors about that person.

When bullying becomes physical, evidence may be obvious. Bruises and cuts from hitting, punching, or kicking should signal an immediate intervention.

Regardless of what type of bullying your child has witnessed or experienced, the results can be devastating. Bullied kids regularly report it affecting their friendships, self-esteem, school work, and physical health. Any one of those effects can have repercussions that may last well into adulthood.

Bullying’s consequences affect the victim and the aggressor, who often becomes the victim of future bullying. These effects often involve depression, anxiety, substance abuse, lower performance in school, and future incidence of sexual and physical violence. Bystanders may also experience negative effects, whether or not they encourage the behavior by laughing or taunting.

What Can Parents Do?

As a parent, the best thing you can do to prevent your child from being bullied is to instill in them a sense of self-confidence and of empathy. Kids who do not tolerate bullying are notoriously difficult to bully. Ending bullying will require a team effort, so each of us should be prepared to take at least the following steps for our children.

Incidents of bullying tend to decrease as children progress through school. Bullying tends to occur much less frequently in high school than middle school. When kids understand what bullying is and can recognize it, they are better equipped to do something about it. Rather than confronting bullies, kids can talk to a trusted adult, who may offer guidance and encouragement. They can also show kindness to a kid who is bullied or help them tell an adult. Instill the desire to find sensible alternatives to violence at an early age.

Bullying is often the result of a mob-like group mentality. Groups of bullies will single out and pounce on individuals perceived as being loners. Encourage your child to maintain healthy friendships with peers from an early age. Statistics show that more than half of all bullying situations stop entirely when a friend or bystander steps in on behalf of the person being bullied. Children should learn to step up for bullied kids and to expect their friends to do the same.

Whether out of embarrassment or reluctance to tattle, many kids avoid telling adults about bullying. In that case, the only thing a concerned parent can do is be aware of the telltale signs of bullying. Look for unexplained injuries, missing items, faking illness to avoid school, falling grades, or difficulty sleeping. Bullied kids may suddenly lose friends and become disinterested in social activities. Any one of these signs in isolation may not warrant much concern, but when they occur together a problem may be present.

The labels “bully” and “victim of bullying” are slowly dropping out of favor because their use can have unintended consequences. They may work well as a description of what is happening, but labels can stick in unwanted ways. They can prescribe a behavior for a child, disregarding that child’s ability to change the situation. Instead of generalizing, refer to each incident of bullying as isolated, and the participants as the child or children who bullied or were bullied. This way, it is easier to move on from the incident.

In Utah, school-based programs that focus on violence prevention include anti-bullying education. These types of programs have been shown to reduce bullying incidents by as much as 25 percent. If you are concerned about bullying at your child’s school, reach out to his or her teachers or principal. Educators in Utah have resources available to implement a youth-violence prevention strategy, and they should be made aware of any potential violence problem in their school. As a parent, you should expect that your concerns will be promptly addressed.

When seen as distinct from bullying that occurs at school, cyberbullying is becoming more prevalent every year. Nearly a quarter of all middle school students reported experiencing bullying online in the 2015-2016 school year, the most recent year for which statistics are available. That is nearly double the amount from only a decade prior. Kids should learn that online communication is the same as real-world communication. They should neither say nor accept anything that would not be acceptable in school or at home.

Students regularly report that the advice adults give them either fails to resolve the bullying or makes it worse. Telling children to “fight back” often has unintended consequences. Some of the other usual pieces of advice – telling the bully how it feels, ignoring the bully, etc. – have been shown to produce the most negative results. Rather, students consistently say that adults who listen to them and check on their well-being have the most positive effects. Kids should be encouraged to say, “Stop!”,  to use humor to deflect the behavior, or to simply walk away.

Bully-proofing a child does not necessarily mean changing anything about that child. Rather, it should be a concerted effort on the part of parents and teachers to foster a sense of well-being in all kids. Many kids are bullied because of something that makes them different from others, but it is our differences that make us unique. Often these differences are not anything a child can or should change, such as a disability or race. Instead of expecting a bullied child to correct the issue, parents should seek a multi-faceted solution involving the whole community.

Utah State Board of Education 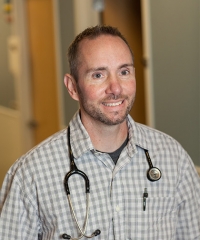 Dr. Fullmer is a lover of the outdoors who enjoys working with preschoolers and has a special interest in cardiology and in kids with special needs. Language: English

Early developmental factors that can lead to bullying